Happy September!  September is a busy month for me because you have Labor Day weekend in addition to a lot of family birthdays to celebrate. Both my mom and Harper have September birthdays.  This year my mom turns 80!  We celebrated her birthday this past weekend in Chicago.  Harper’s is on September 17th and I still don’t have concrete plans *face palm*.  September marks that time of year where I want to break out the jeans and boots (even though it’s still hot).  Peyton is rocking an adorable fall transition outfit to kick off September. 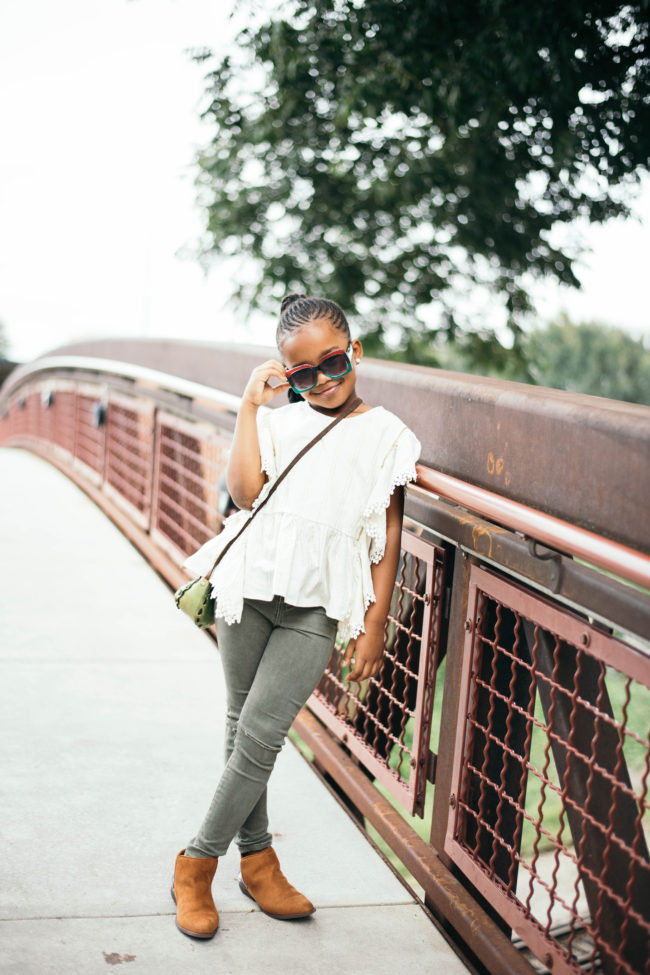 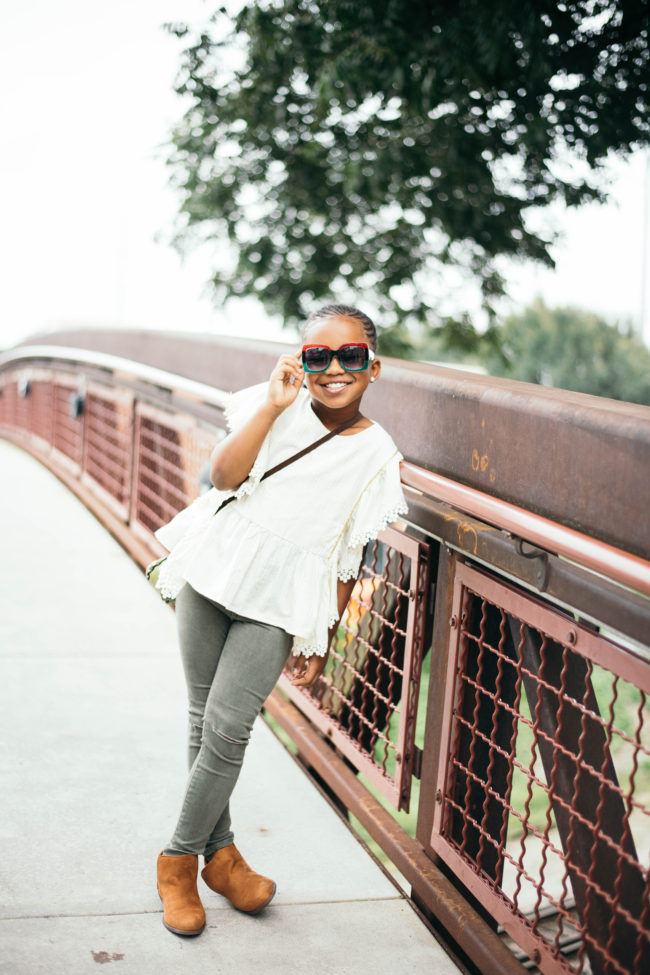 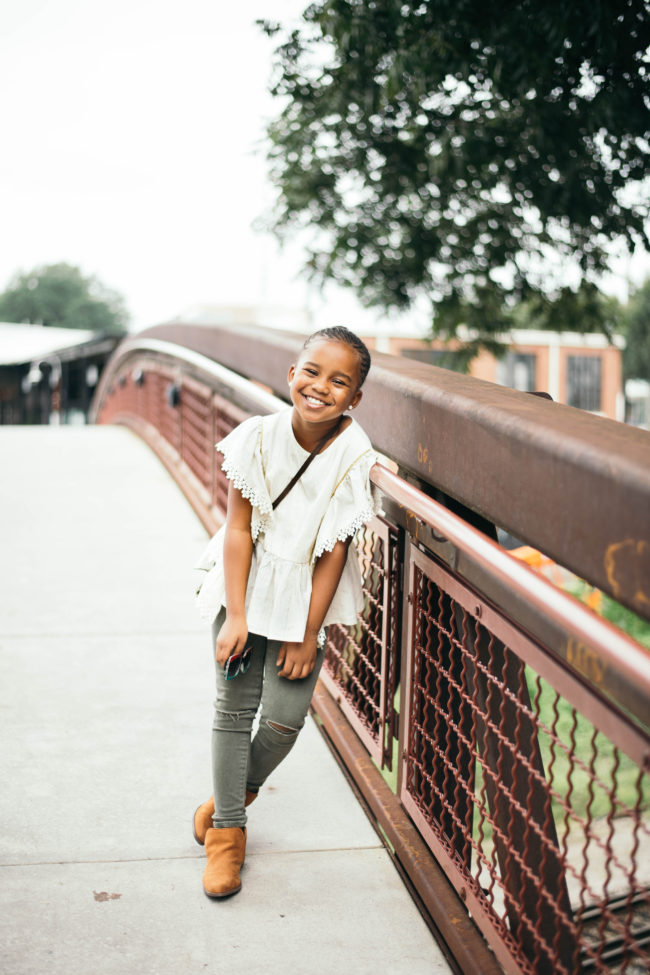 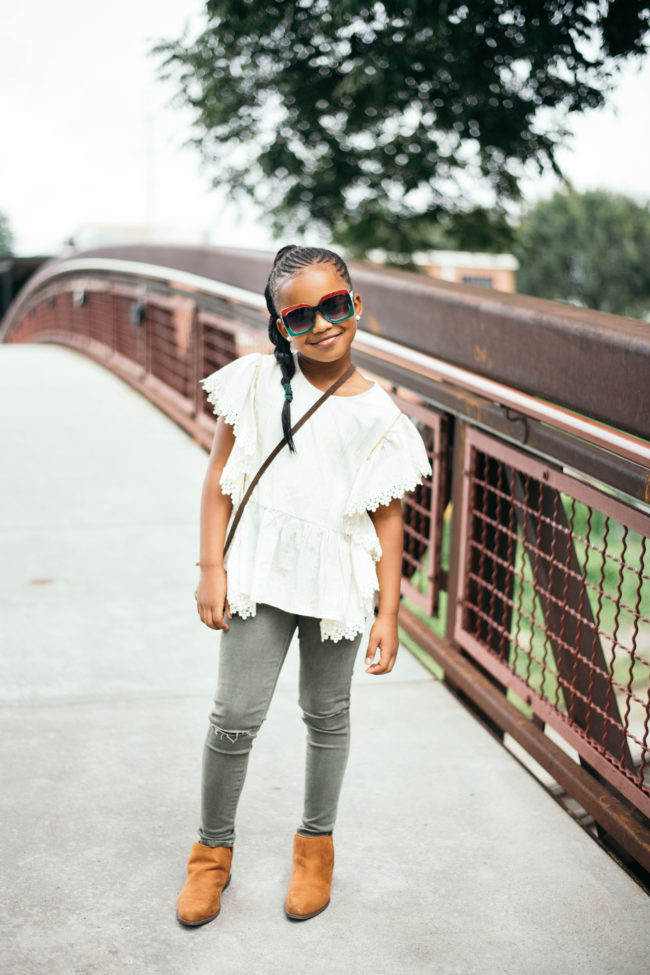 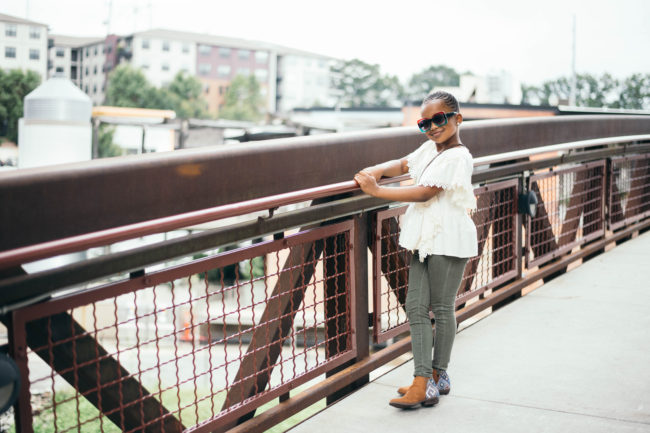 I’m totally trying to recreate Peyton’s look.  Her top is light and flowy for the hot weather.  I bought her booties earlier this year because they were on super clearance at Target.  I’m thinking like $6 or less.  What about her Gucci inspired shades from LoveMyAlannah?!  She loves them because they are similar to a pair I have (that are also inspired).  She also knows that I love Gucci.  I don’t think she understands what Gucci really is but she sees it on my bags.

Wish me luck on Harper’s birthday plans, because it is about 2 weeks away. I will be sharing photos from my mom’s 80th birthday party soon.

Do We Still Love NYFW?