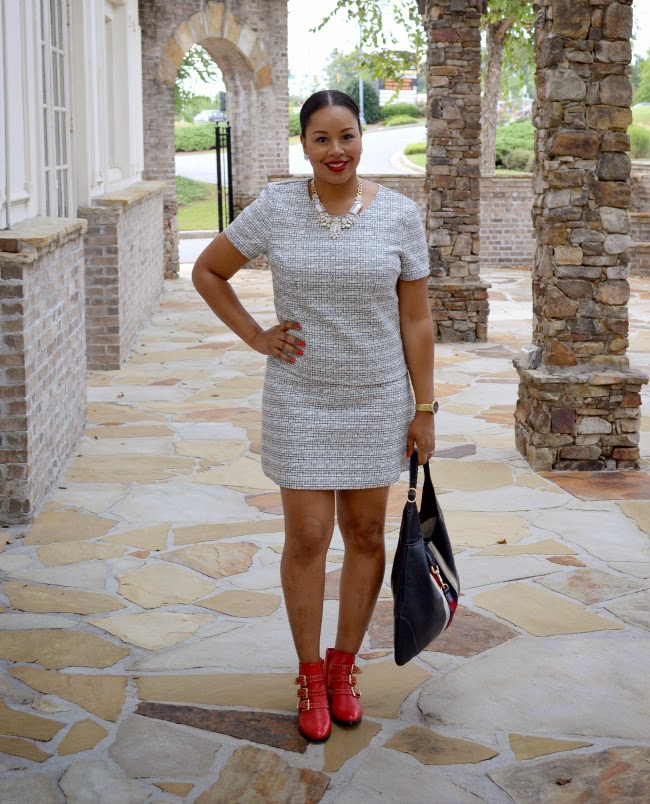 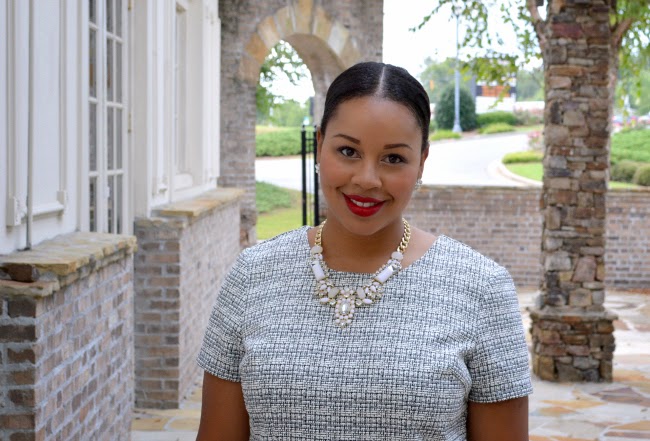 I’m happy to announce that all InStyle, Vogue and Elle have confirmed that bold red lips are here to stay for fall!  If they weren’t, guess who would rock them anyway ^. 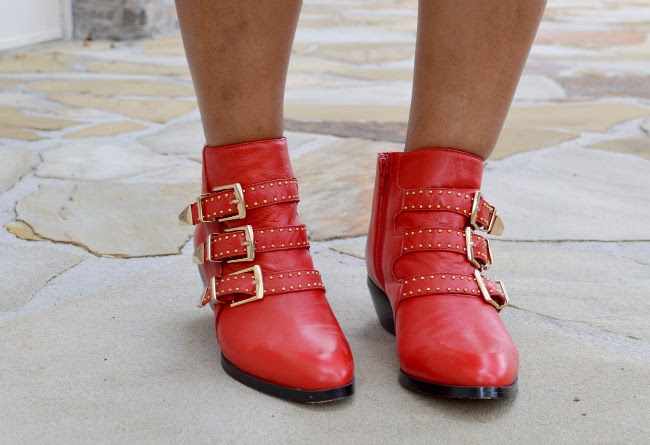 The fall trends that caught my eye in the September issue of InStyle and Elle were mini skirts and tweed.  Tweed can look very old school but the mags suggested pairing the outfit with moto style boots.  I remembered I had these red babies in the back of my closet and decided to try it.  If I had not been inspired by my September issues, I probably would have never thought to try it.  Not only is the tweed and moto combo cute, I don’t have to kill myself wearing heels. 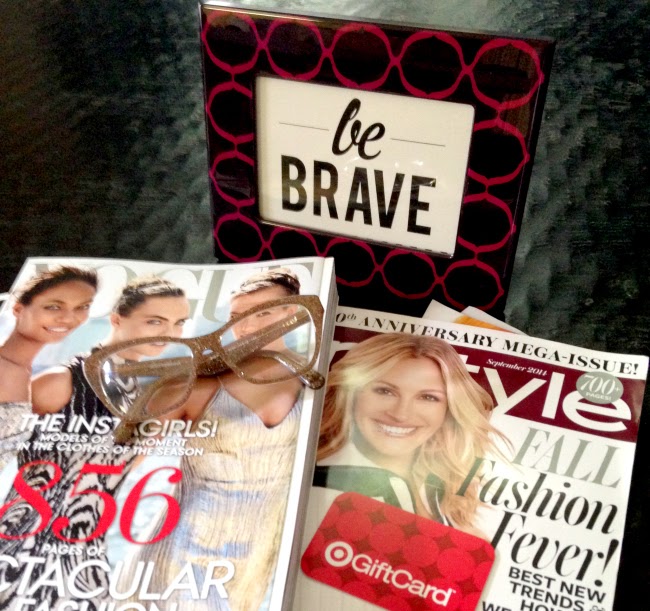 If you haven’t purchased your September issue yet, SPRINT to Target to receive a $5 gift card when you purchase any two September issues of InStyle, Vogue, or ELLE magazine.  This offer is available until September 13th.  I love that Target is helping us fashion philosophers out this September with a gift card!

Have you started studying for the fall fashion finals?  What trend are you most looking forward to rocking this fall?

What I’m Packing for Vacation