December 10, 2012
I never went to see the a circus as a kid.  My first circus experience was just a few years ago!  Sounds so sad doesn’t it (I did go on the Bozo Show!). Well, I’m ok now because I got to see a Cirque Du Soleil show in Atlanta! 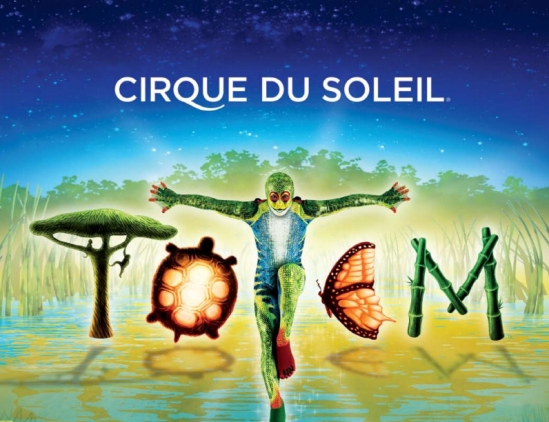 Written and directed by Robert Lepage, TOTEM traces the fascinating journey of the human species from its original amphibian state to its ultimate desire to fly. The characters evolve on a stage evoking a giant turtle, the symbol of origin for many ancient civilizations. Inspired by many founding myths, TOTEM Illustrates, through a visual and acrobatic language, the evolutionary progress of species. Somewhere between science and legend TOTEM explores the ties that bind Man to other species, his dreams and his infinite potential. 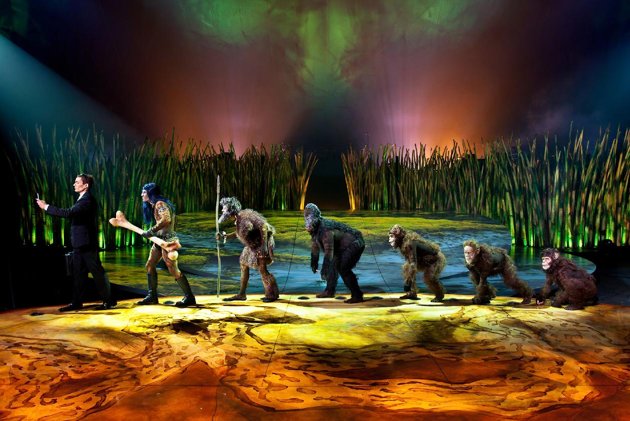 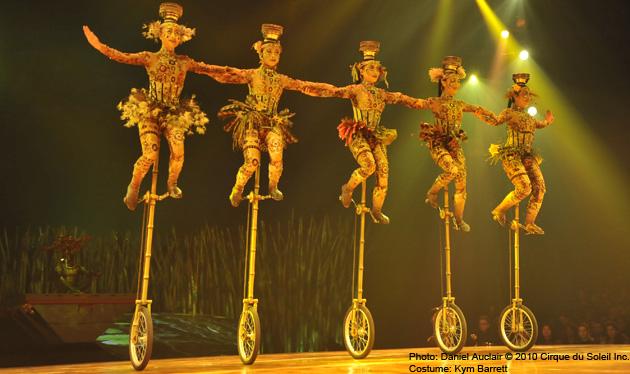 Mister and I had an amazing date night going to see Totem!  The tricks these folks did at Totem were Amaze Balls!  Seeing a Cirque Du Soleil show should be added to your bucket list!  These are not your typical performance acts!  I was holding on to Mister while watching the tricks with my mouth hanging open in awe!
After the show, we were taken back stage to learn more and check out the amazing costumes!  It takes almost 70 53ft trucks to move the show from city to city!  Each Cirque Du Soleil show takes 3 years to plan and one year of rehearsals!  I learned that most performers in the show travel with their families.  They have teachers on hand as well! 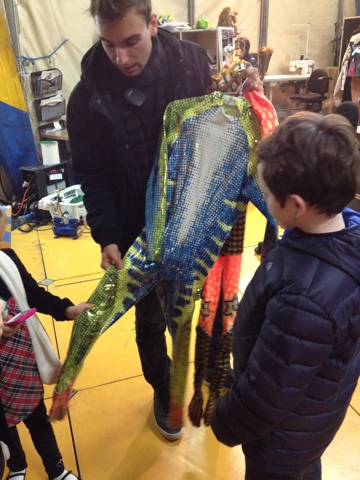 If you live in Atlanta you don’t have to wait to make a trip to Vegas to see a Cirque Du Soleil show!  TOTEM is now playing under the blue-and-yellow big top at Atlantic Station in Atlanta through December 30, 2012. Tickets are available via www.cirquedusoleil.com/totem or at the Cirque du Soleil box office located inside the Big Top’s entrance tent

*Disclosure:  I was not compensated for this post.  I was gifted tickets for the show but opinions are my own.