Instagram did not return a 200.
1st Birthday• DIY• Happy Birthday

First order of business…  One of the Best Sales of the Year start today.  The Nordstrom Anniversary Sale!  This is the sale where they bring out new fall merchandise at 20% to 50% off!

Since I started blogging I have found so much information and inspiration!  I am in no way a party planner, I just thought I would pass on some info that helped me in planning Peyton’s party.

Pinterest is a great place to start for ideas but Pin just doesn’t work for me : ( Boy could I have used that. About three months before Peyton’s birthday I started looking for kid party blogs.  There are many but I got most of my inspiration from Kara’s Party Idea’s.  I you are planning any party, young or old, showers check out this site.  The Party Dress is also a good one, a lot of adult parties and shower inspiration here.

First I looked for the invitations.  I took to the usual, Shutterfly, Tiny Prints and Etsy.  The invitation that I really like was about $2 each.  I think that is a lot per invitations, especially when you need like 40.  So I went on Etsy and found out that people are willing to customize the invitation.  I went with Sprinkled with Sugar to make the invitations. I paid $8 and she sent me a digital image.  I uploaded the image to Walmart.com as a 4×6 print.  I paid 9 cents a print. That’s less then $4 for 40 invitations.  I had them printed at the closet store and picked them up.  I purchased a box of envelopes for $4.  So for $16 I got 40 invitations in no time flat! 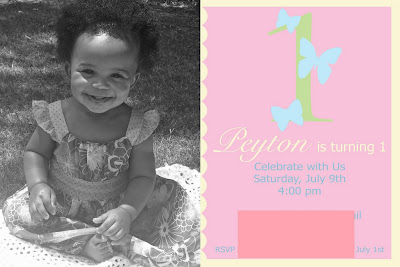 I made these tissue Pom Poms.  I saw these everywhere!  I had no clue they were so easy to make. 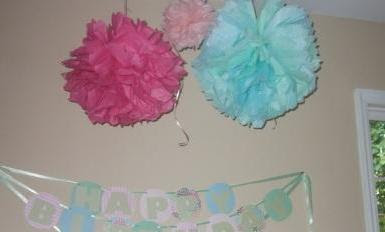 I used this tutorial from Style Berry to make them.  Super easy!

I also made this banner. 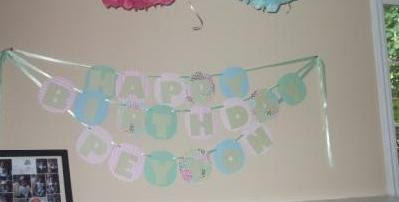 I found a quick tutorial here.  I modified some things.  I printed the letters in color on card stock paper and cut them out instead of buying letters to trace. 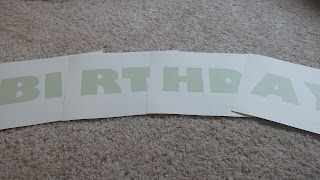 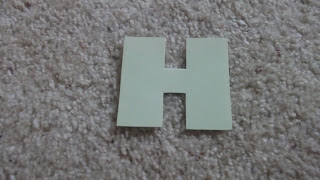 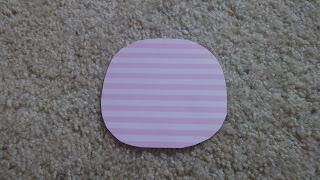 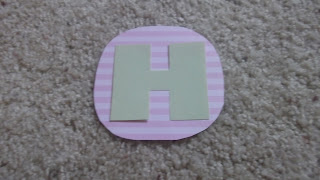 I alternated patterns for the background.

I wanted cupcake toppers.  I searched Etsy but I thought paying $2 per topper was crazy.  That’s more then the cupcake it’s self.  I figured I could make those as well. 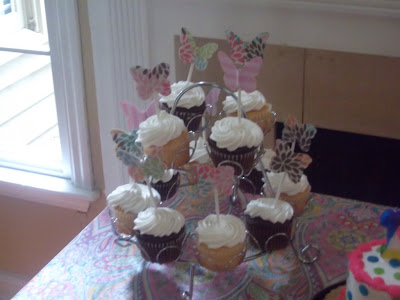 Googled outlines of butterflies and got a ton of pictures to chose from.   I printed them out and cut out the shapes and used those to trace on the scrapbook paper.

I bought the lollipop sticks from Walmart for like $2.  I used tacky glue to glue the stick between the butterflies. 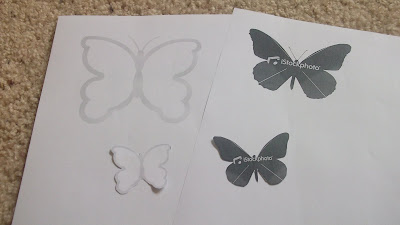 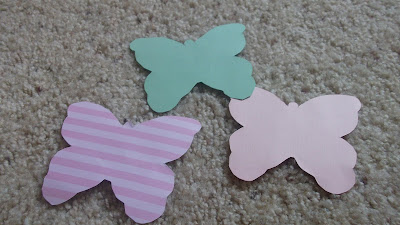 I hope you guys can find this helpful.  As you can see they were all pretty easy.  What are some things you guys are making these days?